GET 10% OFF WITH CODE JAN10. EXCLUDES TOBACCO PRODUCTS

The Top 3 Shisha Lounges in Newcastle 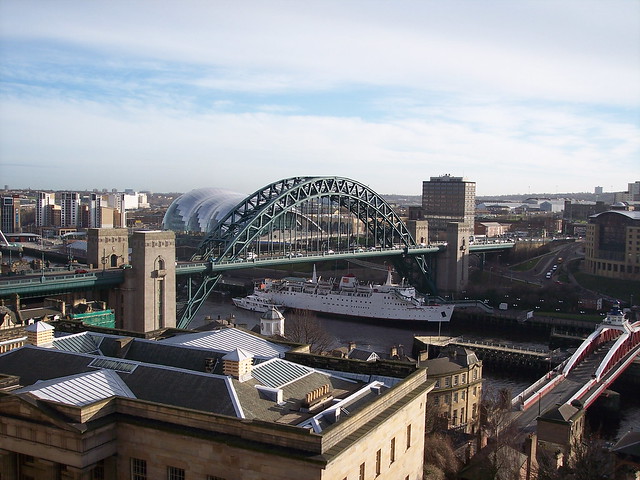 As a bustling major English city and the largest metropolis in the North East, there are lots going on in Newcastle. From beautiful sights like the Tyne Bridge to museums like the Life Centre, you'll be spoilt for choice.
But what we're really interested in is what the night out scene here looks like. To save you the hard work, we've put together a list of the top three shisha lounges in Newcastle and what you can expect to find when you turn up.

Located out towards Wallsend in the east of the city near Walkergate metro station, Romeo's Lounge is one of the leading shisha lounges in Newcastle - and is rightly very popular.
There are plenty of new flavours which have recently been added to the menu, many of which are designed to remind you of the sweets of your childhood. These include strawberry and lemonade flavour and Starburst flavour, while the mysteriously named "Happy Ending" flavour is on offer for those brave enough to try!
With TV screens showing major sporting events and more, this is an ideal place to crash out with your mates and have a good time when the weekend rolls around.

As the name suggests, if you're looking for shisha lounges in Newcastle, this is one of the best places to visit in the whole of the Toon.
Ideally located for city-centre dwellers near the Tyne Bridge and the Quayside, this Geordie shisha lounge sometimes transforms itself into a nightclub - so if you fancy partying as well as chilling out, make sure you visit on one of the designated clubbing nights.
And with a range of milkshakes and desserts to try as well, there's something for everyone.

Located very centrally right near the railway station, this leading shisha lounge Newcastle is a good bet for anyone who wants to enjoy some food alongside their smokes.
As well as delicious shisha flavours, such as guava, coconut and cinnamon, there's a wide range of Middle Eastern food to choose from as well. And with the wrap, chips and soft drink meal deal on offer for just £4.99, you can't go wrong.
Here at The Shisha Shop, we’ve got all the products you need, such as shisha pipes, hoses, flavours and handy accessories like mouth tips.