by admin
These days you’d be hard pressed to find a home that doesn’t contain a television – even if they haven’t been around in the world anywhere near as long as shisha. Fortunately, there’s no need to choose between the two pastimes if you’re planning on spending the night in by yourself or with friends. Instead, you should find that shisha and television go hand-in-hand when it comes to kicking back and relaxing for a few hours. With this in mind, here are three television shows to watch with hookah.

Coronation Street’s best feature is arguably that it’s on throughout the week and there are constantly new episodes to catch up on. This is ideal for people who like to whip out shisha on a regular basis because it means they can try all the different flavours. The soap shows no signs of going anywhere either, so you can rest comfortably knowing that it will remain one of the best television shows to watch with hookah for years to come.

Game of Thrones is undoubtedly one of the biggest television shows in the world right now. Unfortunately, the series – which features violent scenes and heart-wrenching deaths – can be a little too much for some viewers to swallow at times. Luckily, you will find that you’re able to stay relaxed and calm while watching the show if you’re enjoying hookah because shisha will help you remain laidback throughout. 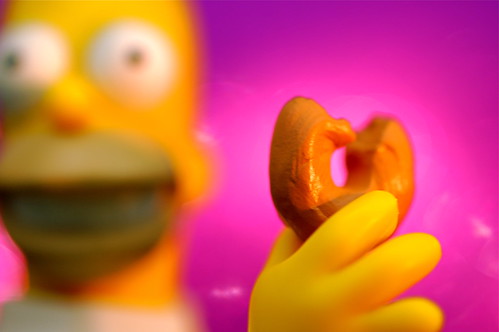 "Mmm ... Devil Bread ...." by JD Hancock licensed under Creative commons 4
The Simpsons is the epitome of carefree fun – just like hookah! The show is light-hearted and easy to follow, meaning you and your pals can even share a good conversation while watching it and smoking shisha. In addition, the programme only lasts around 20 minutes, so you can probably get through a fair few episodes before the hookah begins to run out.
Enjoy!
There are plenty of television shows to watch with hookah, but these three are possibly the best. You should find that the time just flies by and you can’t wait to get a hookah on the go again in future.
Whether it's pipes, charcoal, or a range of shisha flavours you need, you're sure to find everything at The Shisha Shop. We've got what you need, from complete sets and bundle packs to separate accessories.  This includes components such as shisha pipes, hoses, flavours and handy accessories like mouth tips. We also stock a vast range of tobacco products, including tar and nicotine free options!