Grooms-to-be enjoy shisha on your stag do

Grooms-to-be enjoy shisha on your stag do

Stag parties have become rather cliché to say the least. They generally feature a groom-to-be partaking in an expensive and unwanted night of alcohol-fueled debauchery with his pals. This might suit some people – but it certainly doesn’t suit everybody. This is why some grooms instead choose to throw hookah in the mix as they wave goodbye to the single life. Here are four great benefits of having shisha on your stag do. 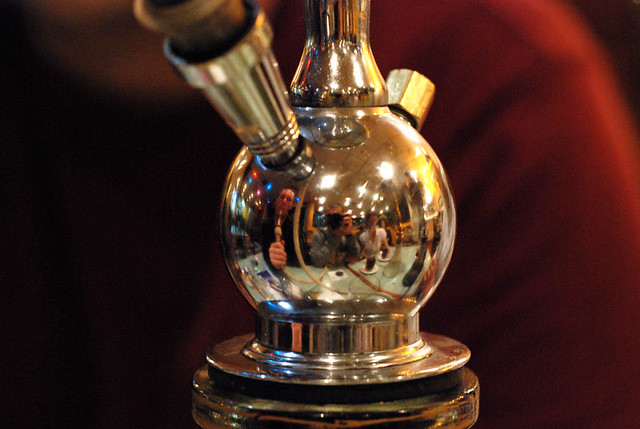 Forget about waking up with a sore head and being unable to face the world when you’ve still got a wedding to plan. After all, there’ll be no hangover in sight if you choose to smoke shisha on your stag do. Instead, you’ll be in for a relaxing night where you won’t wake up with a world of regrets the morning after.

The average wedding now costs around £30,000. Even if you’ve managed to keep the expenditure low, it’s hard to justify splashing the cash on something as expensive as a boatload of alcohol for your stag do – especially when you will incur just a fraction of the cost by lighting up hookah instead. Shisha is certainly a guilt-free activity in that regard.

An all-out drinking binge won’t always give you much room to invite people like your work colleagues or your future father-in-law. Let’s be honest, these people might not want to be necking tequila shots all night long. Thankfully you can still include them in the action if you’ve got hookah on the go at your stag party. After all, shisha is nothing if it’s not inclusive.

Shisha always creates a laidback environment where people can talk and get things off their chest. This is ideal if you’re about to get hitched and want to actually spend some valuable one-on-one time chatting about the exciting leap you’re about to make in life.

You’ll be on to a winner if you light up shisha on your stag do. After this chilled out party it should hopefully be smooth sailing until your wedding day. If you’re ready to enjoy the benefits of shisha when on a diet, whether it's pipes, charcoal, or a range of shisha flavours you need, you're sure to find everything at The Shisha Shop. We've got what you need, from complete sets and bundle packs to separate accessories.  This includes components such as shisha pipes, hoses, flavours and handy accessories like mouth tips. We also stock a vast range of tobacco products, including tar and nicotine free options!